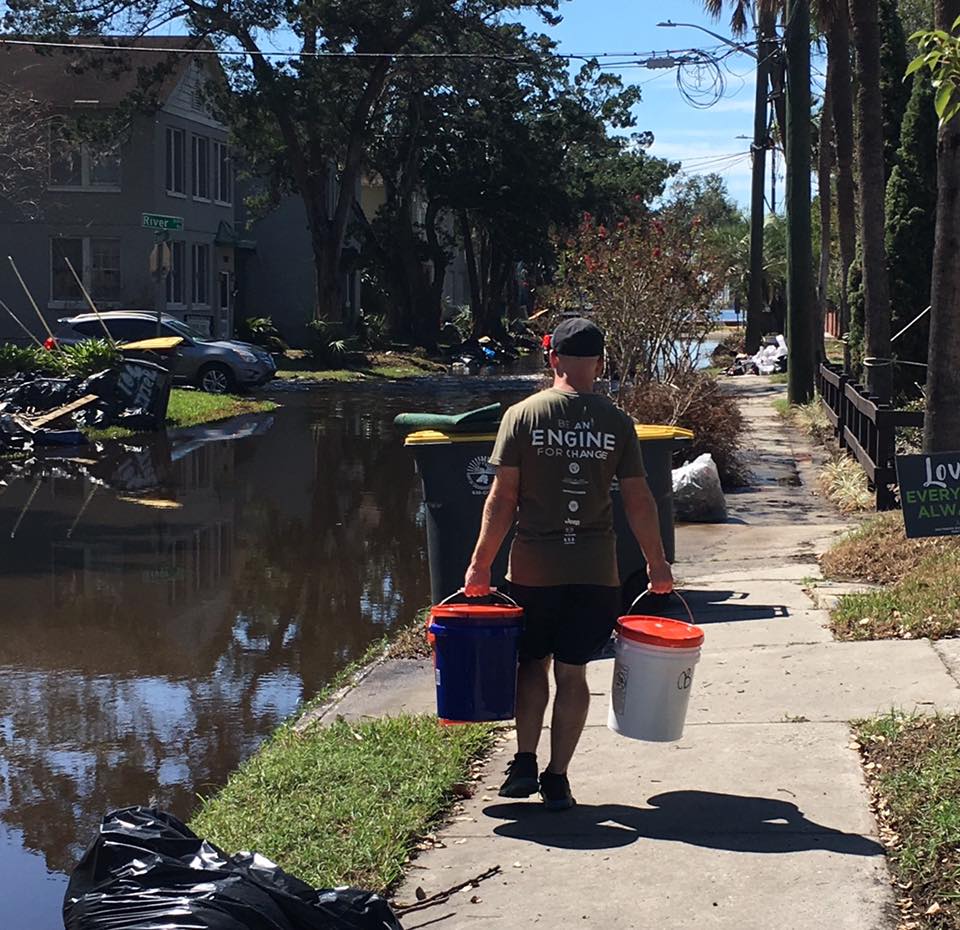 Tomorrow is day 35 of DRAW doing Harvey/Irma relief. Since my flight leaves late tomorrow (I need to get back for our 5k on Saturday), and our FL team winds down our efforts through the weekend, I’m starting to reflect on what the heck just happened. I’ve spent most of those 35 days on the road, splitting my nights sleeping on air mattresses, couches, or in a driver’s seat. I’ve had multiple meals bought from gas stations. I’ve given up my goal to run the Detroit marathon. And there hasn’t been anythin close to a day off in those 35.

So what has made this stretch worth all of that x1000?

-was it delivering food to a shelter during Harvey just hours before the evacuees at the shelter were trapped there by 4′ of flood water?

-was it hearing about one of our teams walking into Javier’s house with he and his wife, as they returned for the first time since evacuating, and embracing/praying for/comforting them as they found valuable items destroyed by Harvey?

-was it collecting/giving away $250k+ of supplies, including 1800 buckets, to hurricane victims?

-was it finding Lena, 72 years old, caring for her 96 year old blind father, with the two of them having no family around and significant flood damage, and removing all dangerous drywall for them, while finding a handyman to replace all they needed quickly?

-was it lining up temporary, long term housing, free of charge, for displaced, single mother Teresa, so that her son wouldn’t have to change schools?

-was it coordinating 2000+ volunteers in 5 weeks, with more than half being first time DRAW volunteers?

-was it lining up first time, boots-on-the-ground DRAW responders, watching them develop a fire for serving storm victims, and then seeing them go home to recruit and raise money, supplies, and awareness immediately after they’d served?

-was it the more-than-two-dozen storm victims who sought DRAW out, long after the volunteers had worked in their homes, to send messages heaping praises on our volunteer teams, using phrases like “the team brought us hope when we didn’t have any”?

-was it the 80+ businesses/schools/churches/organizations who, for the first time, partnered with us to serve victims of Harvey Irma?